Supporting Columbus’ thriving live music scene are four unbeatable venues: Nationwide Arena, The LC, A&R Music Bar and The Basement. Whether you’re looking for an intimate show or sold-out tour, we’ve got you covered in the Arena District. Click here to see all of our upcoming shows. With 685,000 total square feet in the main arena and a 20,000 seating capacity, Nationwide Arena is the centerpiece of the Arena District. Its elegant design featuring terrazzo floors, brick pillars and marble details, 80-foot towers anchoring the western interior of the seating bowl that house party suites and the 70-foot, glass-enclosed atrium make it a natural choice for world-class entertainment. When it opened its doors in 2000, Nationwide Arena hosted the only back-to-back nights of Tim McGraw and Faith Hill’s sold-out “Soul to Soul” tour.
This astounding Columbus, Ohio, entertainment venue has hosted virtually every major act of the past 13 years, like Rascal Flatts, Britney Spears, Foo Fighters, Tiesto, The Police and many, many more. If you’re looking for an unforgettable show by a global superstar, look no further than Nationwide Arena. Call 614-246-2000 or visit the website for upcoming concerts. 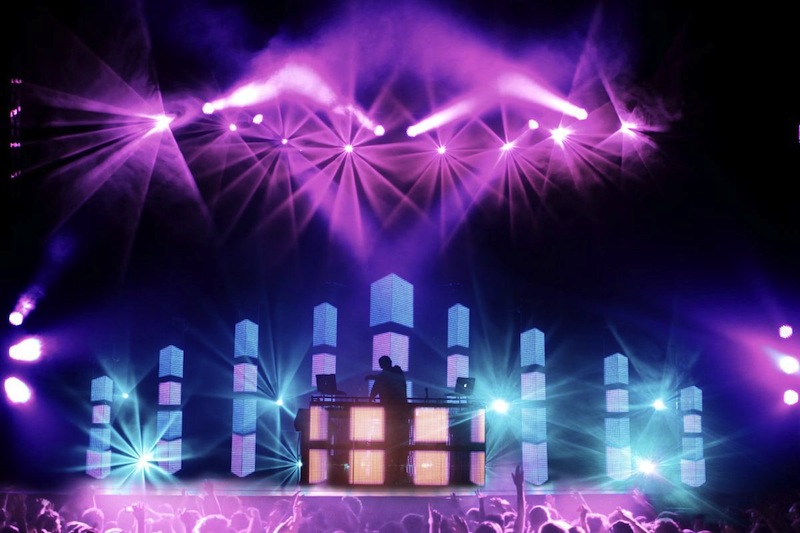 Also known as the LC, Lifestyle Communities Pavilion is the place to see big shows in an intimate setting in Columbus. You’ll find balcony box seats, your favorite bands and after-show meet-and-greets with your favorite artists. The best part about the LC? The outdoor seating. A favorite venue among music lovers for fantastic openair shows, the LC’s Backyard Amphitheatre seats 4,500 while the indoors venue has room for 2,200. National and global acts have visited the LC, like Jack White, Jason Mraz, Tegan and Sara and Hall and Oats. Located at 405 Neil Ave. in the Arena District, Lifestyle Communities Pavilion is within walking distance of numerous public parking lots as well as great food and drink. Contact 614-461-LIVE (5483) or visit the website for show info. An intimate space with an easily visible stage, A&R Music Bar is the perfect spot to grab a show in with friends. Featuring up-and-comers and established musicians alike, A&R is the best Columbus venue to catch an unbelievable concert in a low-key setting. At A&R, the lines are short and the music is good. With a large outdoor patio and a bar serving great brews and food, A&R is a great place to chill before a show or hang out before you head over to Huntington Park or the LC. So come see acts like Passion Pit, Ra Ra Riot, Blood on the Dancefloor and Family of the Year right here in Downtown Columbus. Wanna play the room? Contact Steve Boyer either by phone at 614-461-LIVE or by email. Located at 391 Neil Ave., A&R is next door to the LC and within walking distance to popular Arena District bars and restaurants and easy Downtown parking.

The Basement is the home of the Columbus underground rock scene, supplying a stage for bands on the rise looking to graduate to the levels of the Newport and The LC. Housed below A&R Music Bar, The Basement is where underground bands and national acts thrive. Supporting the likes of Jason Castro, Sky Ferreira and Atlas Genius, The Basement is a stop you have to make in Downtown Columbus. Grab a drink and grub upstairs at A&R as early as two hours before shows. Located at 391 Neil Ave.  between the LC Pavilion and Huntington Park. Call 614-461-LIVE or visit the website for info on shows. There’s plenty of cheap, easy Downtown parking and awesome Arena District bars and restaurants nearby.