The Columbus Blue Jackets introduced a special 20th season logo today as the club prepares to celebrate its 20th season in the National Hockey League during the upcoming 2020-21 campaign. The 20th season of Blue Jackets hockey will be presented by Nationwide and OhioHealth.

The logo features a large number 20 that is white with red trim, outlined in blue and silver. Overlaying the bottom of the 20 is the club’s primary logo, which is inspired by the state flag of Ohio with its pennant shape, red, white & blue colors and white stars in the shape of the letter C wrapped around the Blue Jackets star. The top of the logo features the club’s signature 1857 Napoleon cannon that has become synonymous with Blue Jackets hockey since its introduction in 2010, while the bottom includes the phrase “SINCE 2000” in silver over a blue background with a silver border. 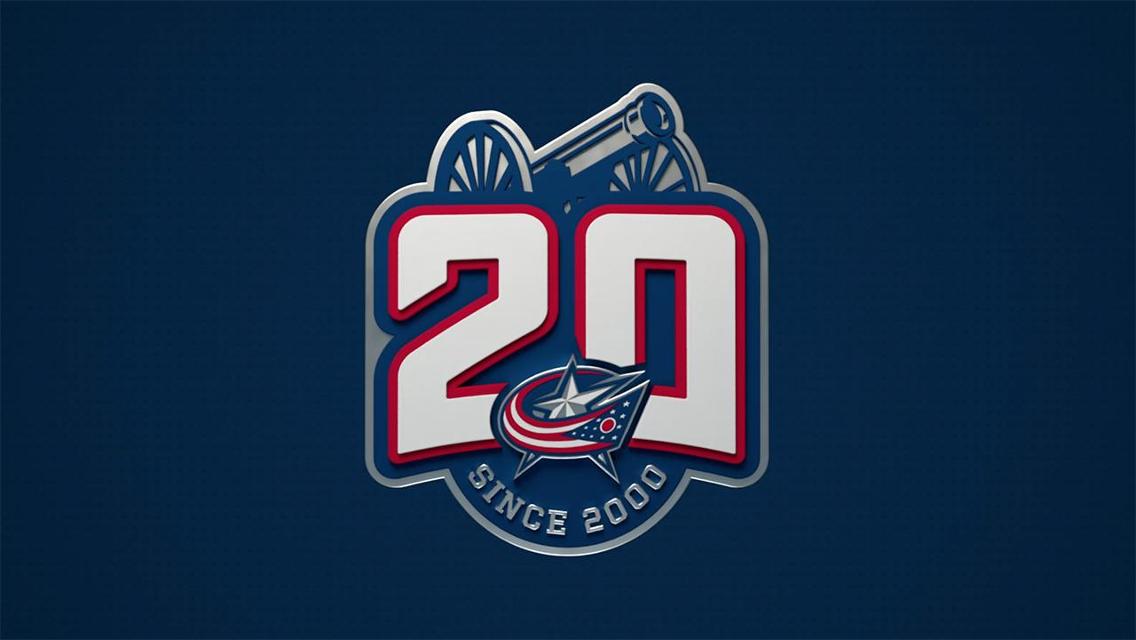 Team players will wear a patch featuring the commemorative logo on the upper right chest of home and road jerseys throughout the 2020-21 NHL season. A version of the 20th season logo patch in the color scheme of the club’s third jersey will also be worn during designated Third Jersey Nights. Special 20th season merchandise including shirts, pucks, pins, polo shirts and patches are on sale now at the Fox Sports Ohio Blue Line, official team store of the Blue Jackets, at Polaris Fashion Place, and online at www.thebluelineonline.com.

The Blue Jackets played their inaugural game 20 years ago this Wednesday against the Chicago Blackhawks on Oct. 7, 2000. The club plans to recognize and celebrate milestones, great moments, players and plays with special features on former Blue Jackets players and personalities, interactive content, promotions, in-game activities and more throughout the 2020-21 season. The club will also recognize its impact off the ice through the Columbus Blue Jackets Foundation and numerous community initiatives, the explosive growth of youth & amateur hockey in Central Ohio and the development of the Arena District that spurred a dramatic transformation of downtown that continues to this day.

Beginning this month, fans will be able to vote for their favorite players, games, goals and saves throughout the year. A complete list of promotions, including designated 20th Anniversary games, celebrating Blue Jackets fans and commemorating the club’s 20th season will be announced at a later date. In addition, a special poll of local and national media, broadcasters and select current and former players has been conducted to select the All-Time Blue Jackets First and Second Teams. The results will be unveiled prior to the start of the season. Fans can visit the club’s special 20th Season website at www.BlueJackets.com/CBJ20 for the latest information.